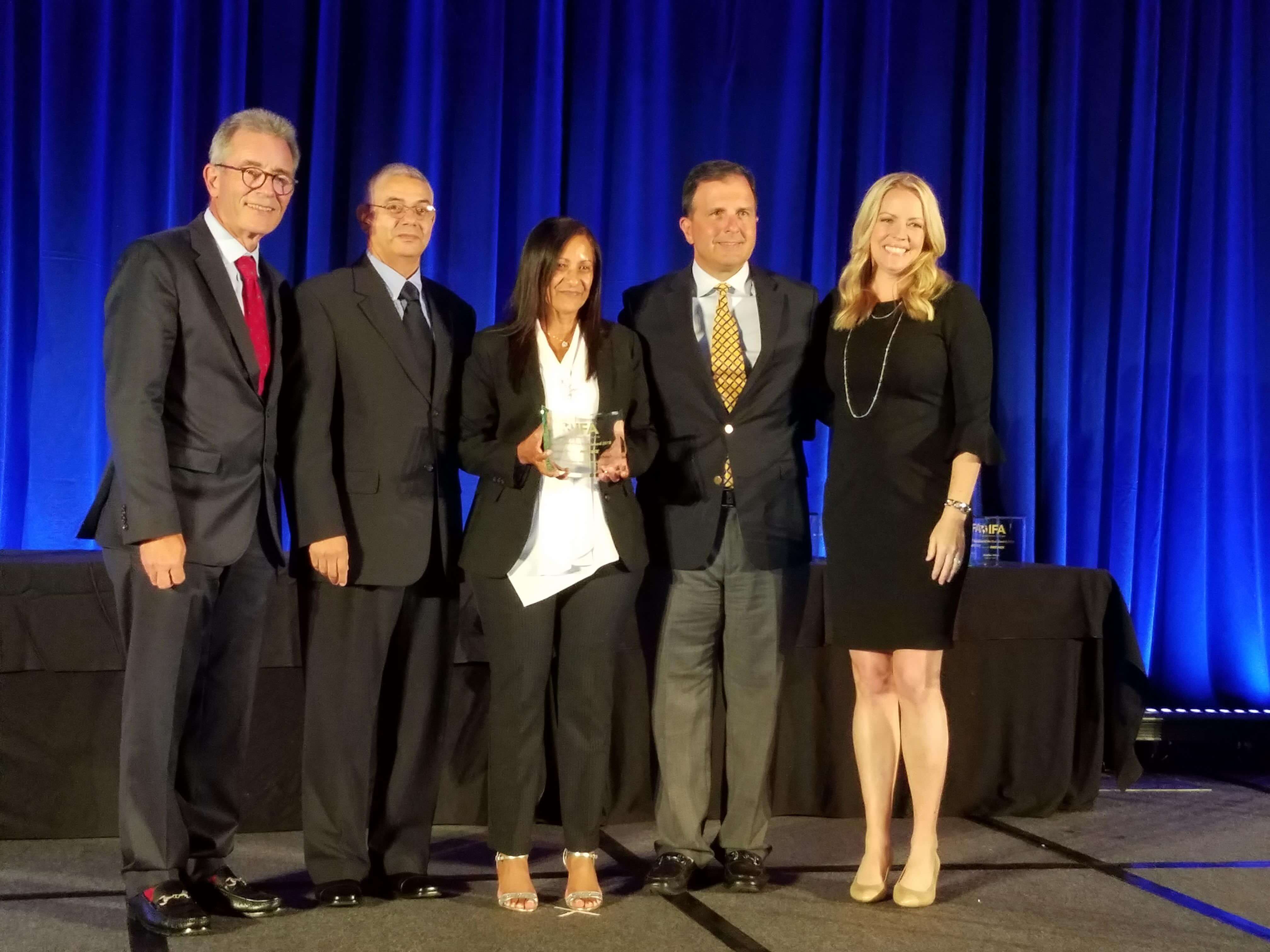 Owners Ramon and Maria Rodriguez were honored with the award at the Franchise Action Network (FAN) Annual meeting in Washington Each year, the IFA recognizes organizations for outstanding contributions in both the communities they serve and at the national level.

Owner Ramon Rodriguez said he was truly honored to accept the award.

“Being a part of the Home Helpers family has allowed us to make a difference in the lives of so many people, from our clients and their loved ones to our employees. We’re thrilled to be growing, and to be recognized for our performance and community involvement,” he said.

“We’re very fortunate to be in a position to help people live happier, healthier lives in the comfort of home surrounded by family and friends,” said Maria Rodriguez. “I couldn’t be prouder of our team for their dedication to our customers and our agency.”

The Rodríguezes joined franchisees and franchisors from across the nation in traveling to Washington to attend the annual Franchise Action Network meeting, an important advocacy event hosted by the IFA. The couple met with legislators of Congress, including U.S. Rep. Paul Tonko, D-Amsterdam, to request support for legislation impacting franchise operations. One key issue the couple advocated for is Department of Labor rulemaking on joint employment under the Fair Labor Standards Act (FLSA).

“We’re urging members of Congress to proceed toward rulemaking that would provide greater certainty to local franchise business owners,” Maria Rodriguez said. “In particular, there’s a need for clarification regarding employer responsibilities under wage and hour law.”

The Rodriguezes view joint employer rulemaking as a way for Congress to promote economic growth and job creation in every state and congressional district.

Retrieved from The Amsterdam Recorder, Oct. 2, 2018