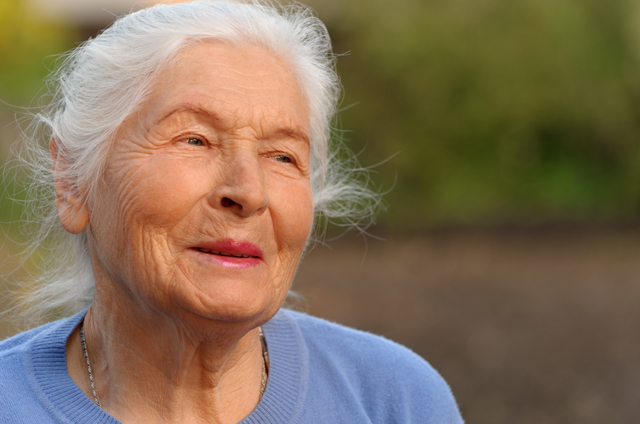 If you find yourself with an aging parent who has more than their share of “senior moments” it may be time to look at the possibility of diseases such as Alzheimer’s or dementia, both of which are characterized by memory loss. It’s important to know the ways that many elderly people might try to hide their symptoms, but it’s even more important that they get the proper help and treatment. Let’s look at some of the following ways they may try to hide dementia:

1. No longer doing things they love. It might be something simple like a game they enjoy, needlework, crossword puzzles, etc. They may become frustrated with tasks they once enjoyed, or aren’t motivated to try new activities.

2. Hiding problems. Spouses may try to cover up for one another, downplaying memory loss or the inability to complete a simple task. They may jump in to finish a chore for them or make sure nobody notices the struggle.

3. Being in denial. Saying there is not a problem when there clearly is signifies denial. It’s tough to deal with denial, but it’s important to know the signs. They may claim it’s just a senior moment or lapse of memory. They may also make excuses such as being tired to cover for memory problems.

4. Refusing to talk about anything due to fear. Many elderly patients who know they have cognitive memory loss are afraid of being taken from their home and placed into a nursing home or other living arrangement that isn’t familiar. It’s always best if they can stay surrounded by loved ones as much as possible. They need to be assured that even if they need to change their living arrangement, they are not going to be neglected or forgotten.

5. Afraid of losing independence. This is a big one. Nobody wants to feel like they’re losing their freedom. Older people may go to great lengths to hide symptoms of memory loss to avoid a change being forced upon them. Great care and compassion should always be shown when talking about these issues.

Memory loss can be disturbing and diseases such as Alzheimer’s can be scary. Even mild dementia can be life-changing so it’s important to talk to their doctor if you notice your parents displaying signs of cognitive memory loss. Signs you may want to look for include:

• Trouble recalling where they are going when driving

• Forgetting everyday tasks such as paying a bill on time

• Having “bumps” in speech, such as being unable to think of a certain word. If this happens on a regular basis, you should take notice.

• Being unable to remember to do routine things, such as taking medication at a set time

• Forgetting which day of the week it is

It’s far better to discuss the effects of dementia early, rather than changing the subject or hiding from the reality of it. There are many treatments available now and it’s so much better in the long run to get prepared and help your parents deal with the possibility of dementia. Elderly people can be downright terrified of memory loss and losing their freedom and independence. Help them remain calm and peaceful by being willing to address it early if you see problems. Assure them you are only wanting to help them stay active and independent!

For more information on dementia, memory loss and how to talk about it with your loved ones, visit our Alzheimer’s and Dementia Care page on our Home Helpers website!