Our Client Reviews and Testimonials

SERVING the Lowcountry of South Carolina Including Bluffton, Beaufort and Hilton Head Island 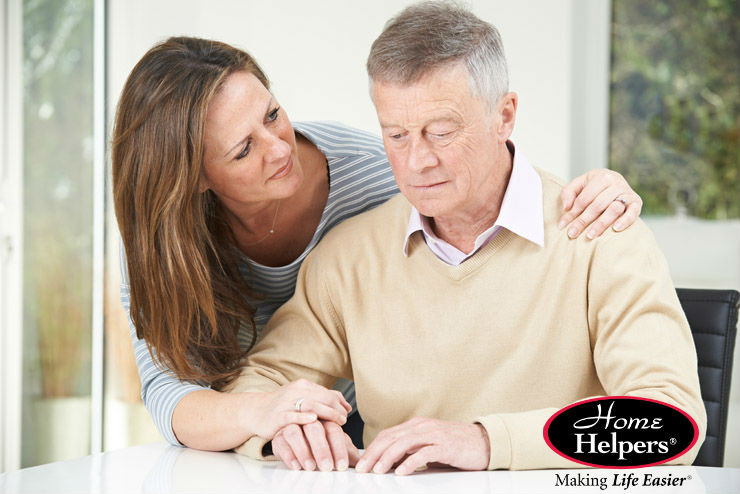 When most people think of Alzheimer’s Disease, they think of memory loss, inability to recognize family members and basically just being a shell of who they used to be. The good news is that there is more hope than ever for treating this awful disease! It’s important to learn to recognize the signs of Alzheimer’s early. It isn’t just confusion, disorientation or problems with speech; there are physical signs to look for as well.

Often these physical signs may show up even before the mental ones. These signs can be your first warning that some type of dementia is developing. Let’s look at the physical signs of Alzheimer’s Disease.

Here are a few of the more common signs to look for:

1. Difficulty Doing Normal Mundane Things
This is perhaps the most common sign. If a senior person shows difficulty doing things they used to do with ease, you might want to consider it further. This would include things like using the TV remote, operating the microwave and stove, etc. If you see these signs, a memory test should be arranged through your doctor.

2. Repetitive Behaviors
The reason Alzheimer’s patients have so much repetitive behavior is because they can’t remember that they may have just done the same task minutes before. So, they will repeat the task over and over, not realizing they’ve already done it. Repetition in behavior usually comes in the earlier stages of the disease and may include things like checking that the door is locked over and over, feeding pets that have already been fed, doing dishes again that are clean, or even constantly cleaning off their glasses.

3. Decreased Fine Motor Skills
There are many diseases that have the loss of fine motor skills as a symptom, and it’s also that way for Alzheimer’s Disease. We may think of the loss of fine motor skills as being reserved for other diseases like Parkinson’s or ALS, but it can also point to Alzheimer’s. A person progressing in the disease may find themselves unable to do simple things like button a shirt, tie their shoes, or having neat handwriting.

4. Getting Lost Easily
Many studies show us that more than 60% of Alzheimer’s patients will wander. Whether they just want to escape to another location or perhaps getting lost in public places. If a senior loved one wanders often, you should be testing for Alzheimer’s. It will be obvious that something is wrong by the time a senior’s wandering gets out of control. You should look for signs such as not remembering how to navigate around the grocery store they often shop at, not remembering appointments, etc.

5. Lots of Daytime Napping
It’s not uncommon for an Alzheimer’s patient to have damage to the part of the brain that takes away drive and determination. Research has shown us that people living with Alzheimer’s disease may lose interest in normal daily life. Or perhaps a person who always loved to be outdoors is now just sitting and staring at the TV all day in a dark room. Oddly enough, even though they sleep all the time, they are never truly rested because they haven’t allowed their BRAINS rest!.

Don’t Panic. This is Not the Time for Fear!
Keep in mind that many of the symptoms we have described here don't necessarily mean you have Alzheimer’s Disease. It’s vital that you get to your doctor to be screened. Allow the signs we’ve covered to simply be a guide. Take it with you to your doctor and always write down your questions! Don’t panic if you have any of these symptoms, but rather, take control over fear.

For more information on Alzheimer’s and dementia, visit our website.